Once upon a time I was very productive. I could write a story in no time. Now, I usually struggle to finish something. I really miss the old times when I could knock a story out in fourteen days. As I’ve kept a document on when I started and finished a story, I thought I’d post it. Makes me feel embarassed about my current pace, but oh well.

I wrote the first draft of Polar Nights from January 5th to January 13th, 2009. I was really on a roll with that one. I don’t even know what inspired it, per say, but I think it was a picture or a documentary or something about polar bears. They fascinated me and I wanted to write a story set on Svalbard.

I started Northern Lights, the sequel, on January 13th and ended it on February 5th, 2009. Used a little longer on this one, but still quick when compared to how I write now.

Midnight Sun was not so quick. I started it on February 13th, but had major writer’s block and finished it on May 8th, 2009. I think I was still in my writers block then, because it continues onto the next story in the series.

White Nights, the sequel to Midnight Sun, was started on May 10th, but due to my major writer’s block around that time, I do not have a record of when I finished it. Sometime in July/August/September/October 2009. Very vague, yes.

Northern Skies, the fifth book set on Svalbard, was started on November 3rd and ended it on November 21st, 2009. This is a direct sequel to Polar Nights and Northern Lights, featuring both those couples.

Winter Love‘s first draft was started on December 1st and wrapped up at December 13th, 2009. Here I’m definitely back on a roll.

The first draft of Sakura Kiss was started on December 13th and ended on December 28th, 2009. I was very inspired to give Armas’ his happy ending after the jerk he was in Winter’s Love.

And then Moscow Nights. It was started on December 28th, 2009, and ended … I don’t know. My records end there. I think I wrapped it up in January of 2010, because I can’t remember having writer’s block on it.

Black Sun, the sixth story set on Svalbard, was started in January 2010. I do not have on record when I finished it, but I do think I didn’t use too long on it. It was either finished in January or February.

These books are now divided into my two contemporary series, Arctic Love and Seasonal Love. They used to be called Svalbard Saga and the Related series. Those weren’t really any good series titles, were they? They weren’t at all. So I quite like the new series’ titles.

In fact, Winter Love was connected to Polar Nights in the first drafts. Andreas and Lasse knew each other. That changed when I revised them, or as was the case with Polar Nights, rewrote them. The series are still connected, but that connection won’t be obvious until the fourth Arctic book and the third Seasonal book, where a minor character makes an appearance. That minor character will have his story told in the fourth book in the Seasonal series.

Longyearbyen has approximately 2,000 inhabitants. It is one of the world’s northernmost towns, and the most northerly town with a population of over 1,000.

Owing to its location far north of the Arctic Circle, Longyearbyen is in polar night from November 14th to January 29th, and in polar day (or midnight sun) from April 19th to August 23rd.Longyearbyen has an Arctic tundra climate.

Nicknamed “Doomsday Vault”, the Svalbard Global Seed Vault, an Arctic safe capable of storing millions of crop seeds, is located near Longyearbyen. Global Crop Diversity Trust administers the facility. The safe has been designed to protect against natural and human disasters, including global warming, floods and fires, and nuclear holocaust. The site was chosen for both its remoteness and ambient temperature of the permafrost. 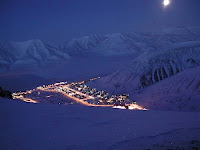 In 1993, the University Centre in Svalbard (UNIS) was opened; it is a cooperation of all four Norwegian universities, providing lectures in geophysics, arctic biology, geology and Arctic technology as well as bachelor, master and PhD positions. The faculty consists of 20 fulltime professors, 21 assistant professors and 120 guest lecturers.

Longyearbyen has one newspaper, Svalbardposten. Also published are three newspapers called LYB News, Longyearbyen Weekly and THE LYB (written in all capitals).

Most tourists to Longyearbyen arrive during spring and summer. Spring is very popular since Spitsbergen is one of the few places in Norway where a snowmobile can be driven in open country without special permission. However, due to strict environmental laws not all of the main island of Spitsbergen is accessible. From February until November several tour operators provide a wide range of guided trips. 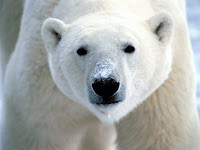 Longyearbyen is the world’s most northern easily accessible settlement, with Svalbard Airport just outside town offering regular flights to and from Tromsø and Oslo, Norway. It is also the northernmost town over 1000 inhabitants; it houses a large number of northernmost places and objects of interest: the northernmost church, hospital, tourist office, permanent airport with scheduled flights, bus station, commercial sea port.

The community offers a wide range of activities and facilities: there is a swimming hall, a climbing wall, a big sports hall, a grocery store, three pubs, three hotels, one church, several tourist shops, a cinema (Sundays), one night club, and a squash court. There is also the University Centre in Svalbard, which represents four Norwegian universities and provides university-level education in Arctic studies.

At the end of 2007, Longyearbyen had around 2060 inhabitants. 500 people (or 25% of the current population) moved to Longyearbyen during 2007. About 300 people, or 15% of the population, are non-Norwegian nationals, with Thailand, Sweden, Russia and Ukraine being the most highly-represented nationalities.

So far, only Polar Nights has been released in the Arctic Love series. The first three books, the main books, were supposed to run as a serial, but I got stuck with a major case of writer’s block, so Polar Nights was the only book that was finished. A while ago, all the characters wanted to rewrite their stories completely, which would mean writing the entire series all over again.

Now, when my head’s on straight again after this summer where I’ve been completely AWOL, I’m a bit torn about it all. I like the new ideas for the characters, but at the same time I like the original plots. If I stick to the original plots, I only have to go through and edits the rest of the series, because all books are finished.

The only thing I’m not happy about right now is the ending to Polar Nights. It set up the next story for Frey and Jørgen. Originally, theirs was the third story. I’m a bit torn about how to do this. I have some of Frey and Jørgen’s story half re-written, but it won’t be as long as the rest of the books at this rate.

What I am looking forward to is Jonathan’s book. Jonathan is probably my favourite character in the entire series. Perhaps my favourite character of all my books. The fourth book is about two Russians met in Frey’s book, while the fifth is about both Andreas & Christian and Jonathan & his love interest. The sixth books is another one dealing only with Jonathan.

I love these characters, this series. They’ve been on hold for a long time now, and I think it’s finally time to get back to them and give them all some well-deserved love.